Now, as my illustrious colleagues will tell you, I’m not what you’d call ‘technically minded’. I know, I know, the irony is almost palpable given the data-driven base on which Impetus Novus was born, but it’s true. When faced with potentially game-changing technology, I tend to affix my rose-tinted spectacles and start conversations along the lines of, “so, anyway, the Jaguar E-Type, eh…”. 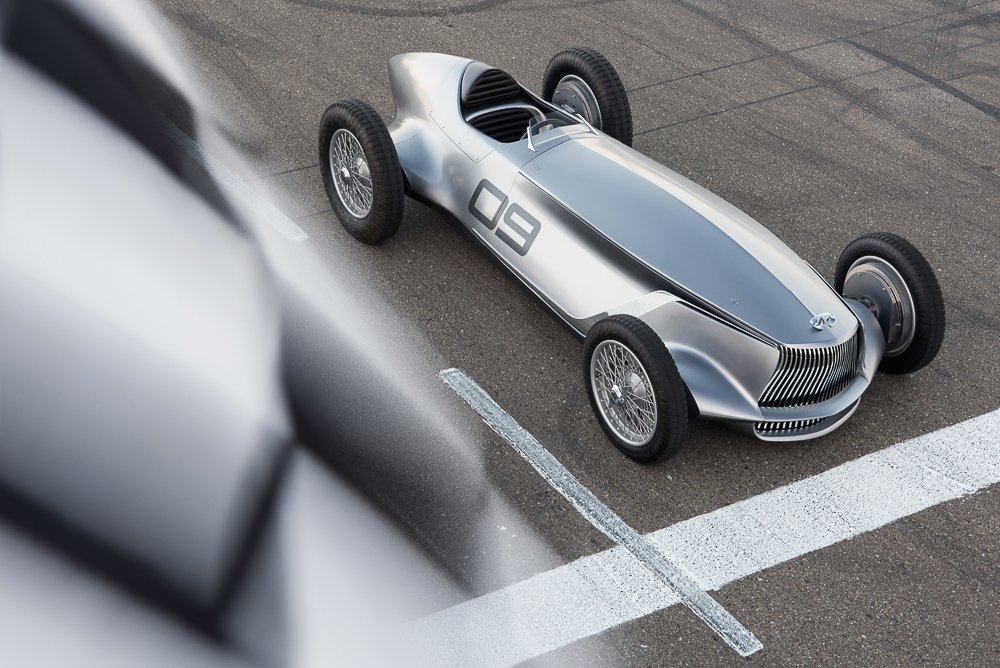 Prototype 9 made its debut just before the 2017 Pebble Beach Concours, and was hand-made at the Nissan Oppama plant in Japan.

Occasionally though, there are innovations of the mainstream and/or motoring variety that get my retro-devotee dander suitably up. Back in 2015 for instance, Lexus revealed an actual Hoverboard. It was a concept that split my feeble grey matter equally between “how the hell did they do that?” – short answer, magnets – and “Great Scott, Back to the Future is real!” Similarly, that same year, Morgan, one of Britain’s oldest independent carmakers, revealed an all-electric version of its classic 3-Wheeler, in itself a throwback to the F-Series trike the firm started building as far back as 1933. An all-electric EV3 version of, possibly, the most entertaining vehicle I’ve ever-driven? Sign me up.

And then, of course, there was Infiniti’s Prototype 9 that hit the headlines on the run up to Peach Beach Concours d’Elegance last year. An all-electric design study, built on the same platform as a Nissan Leaf and powered by a 148hp electric-motor, Prototype 9 was also an example of ‘traditional craftsmanship’ at Infiniti inspired by Grand Prix machines of the 1940s. Cynicism aside (Infiniti’s ‘heritage’ only dates back to 1989) this, unquestionably, was the most notable purveyor of the company’s electrified motoring ambitions fans had seen to-date. 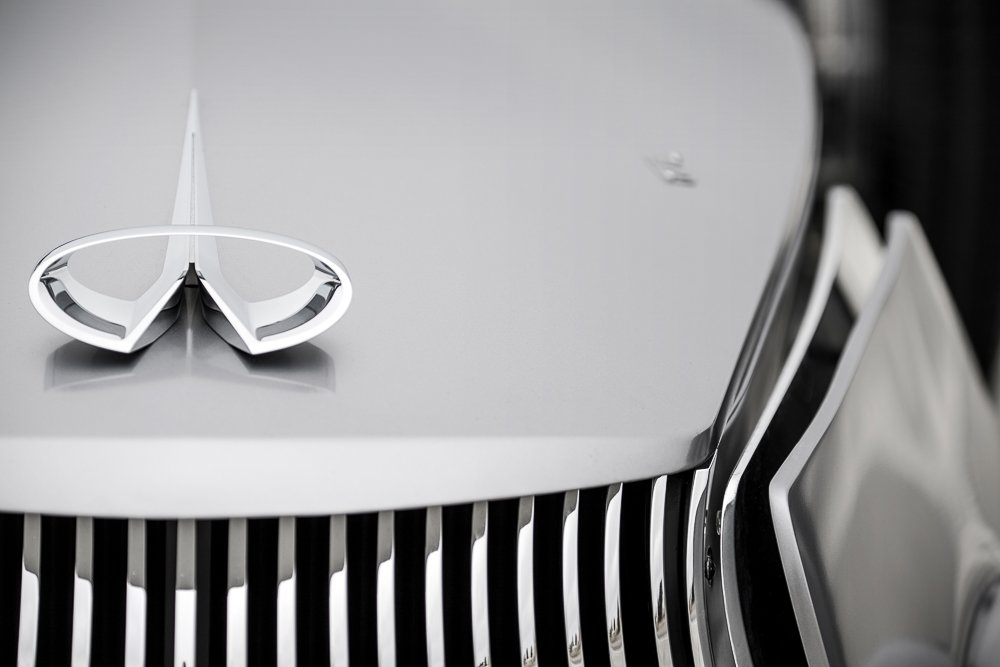 Prototype 9 is the first Infiniti to be powered by a new EV powertrain. A 30-kW battery is mated with the
148hp electric motor, which is capable of 170kph and 0-100kph in 5.5 seconds.

Recently, Prototype 9 was back in the news following Infiniti’s announcement that the company would introduce electrical powertrains across its line-up from 2021 onwards, the idea being that electrified vehicles would bolster at least half of its balance sheets by 2025. Aptly, it was also announced this week that two separate Historic Grand Prix races would support the 2018 Formula 1 British Grand Prix, both featuring F1 single seaters eligible for competition between the 1966 and 1985 seasons. “So, anyway, the John Player Lotus 72, eh…”

“the idea is that electrified vehicles would bolster at least half of Infiniti’s balance sheets by 2025.”

And that got me thinking: just imagine if a single manufacturer was able to combine the forward thinking of electric drivetrains with the rose-tinted nostalgia of Grand Prix motorsport. Which begs the question, why not Infiniti? 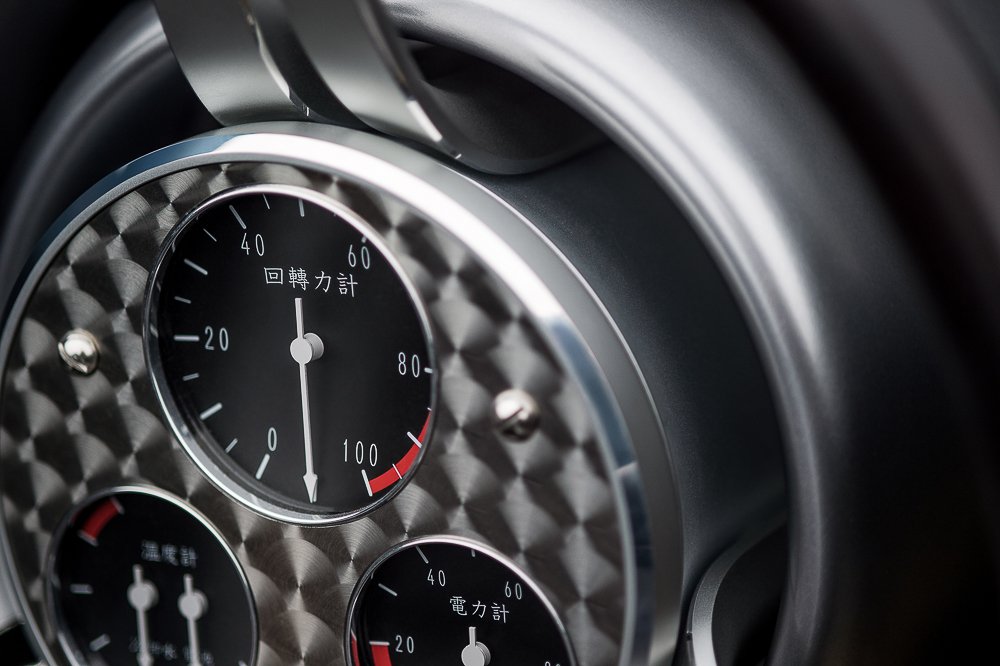 Prototype 9, pronounced ‘kyoo’ in Japanese, is a reference to Infiniti’s Q-based nomenclature, itself a key strategy for business in the Asian market.

‘Heritage’ and ‘character’ for example are traits the 29-year old Infiniti has struggled to truly foreground against the likes of BMW, Mercedes-Benz, Audi and Jaguar, each of which, incidentally, the quasi-Japanese/American company rivals in the premium market, and each of which have been in business for at least five decades longer. As well as this, alongside each company’s expanding hybrid and electric drivetrain production, Germany’s trio and the Big Cat are – or soon will be – heavily involved in the all-electric Formula E single seater motorsport series, increasingly THE place to be for brands and manufacturers promoting their emission-free ‘statements’. Simply put, renaming its line-up to tag into the significance of the letter ‘Q’ in Asian culture just isn’t a big enough step for Infiniti. It needs something bigger.

“Just imagine if a single manufacturer was able to combine the forward thinking of electric drivetrains with the rose-tinted nostalgia of Grand Prix motorsport.”

Now, yes, Infiniti could just churn out more EV concepts in a motor show market stuffed to belt-shredding proportions already, or simply jump on the Formula E bandwagon to go toe-to-toe against BMW, Audi, Mercedes and Jaguar. However, given that parent company Renault runs the most successful team (e.dams) and actually helped develop the series’ inaugural car (alongside Spark Racing Technologies), Infiniti could well find itself on the wrong side of a hiding with this approach.

Sure, team partnership and/or sponsorship is an option, but as was ably demonstrated with the company’s 4-year run with Red Bull Racing in Formula 1, it rarely draws attention away from the ‘main guys’. Let’s not forget, after all, that those principal players – Renault, Nissan, Jaguar, Audi, Mercedes-AMG, BMW and Porsche – are set to make up 58% of the series’ sixth season, compared with just 10% of its first. Team ‘partnership’ is unlikely to poke Infiniti’s nose too far above the parapet. 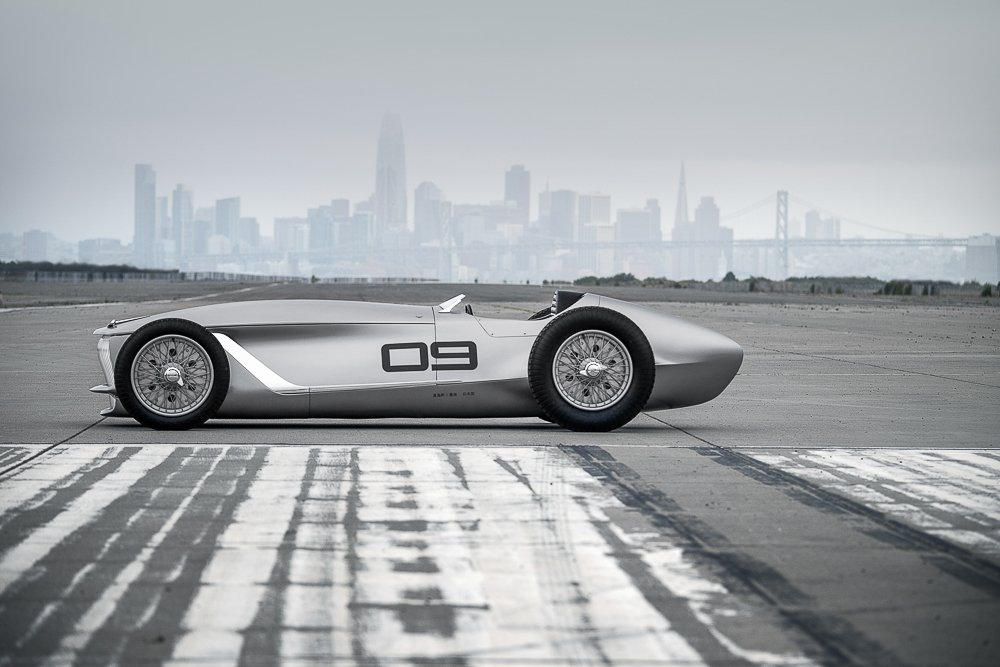 So, what Infiniti could really use, if it’s hoping to make a big splash in the premium electric car market, is a program guaranteed to grab both headlines and fan investment. Something that would appeal to casual and hard-core motoring enthusiasts alike, whilst simultaneously keeping ‘on message’. A draw that would make Infiniti truly stand out against its segment rivals, both technologically and aesthetically.

Something like a support race – or two – run purely with all-electric 1940s-era Grand Prix machines.

“what Infiniti could really use, if it’s hoping to make a big splash in the premium electric car market, is a program guaranteed to grab headlines and fan investment.”

Yes, the resources required, both financially and logistically, to get such a program off the ground would be outrageous, and that’s not even including the production of a small number of cars for an even smaller number of races. Investment and resources, granted, that the Renault-Nissan alliance – courtesy of its hallowed motorsport heritage – will surely have in droves. And yes, start-up motorsport series have appeared and quickly disappeared in their dozens over the years, albeit, sure, rarely with a business model quite as niche as electrified classic car racing. I mean, as an annual one-off event focusing on classic cars whilst also showcasing innovations for the motoring world, the Goodwood Festival of Speed has done quite well over the years… 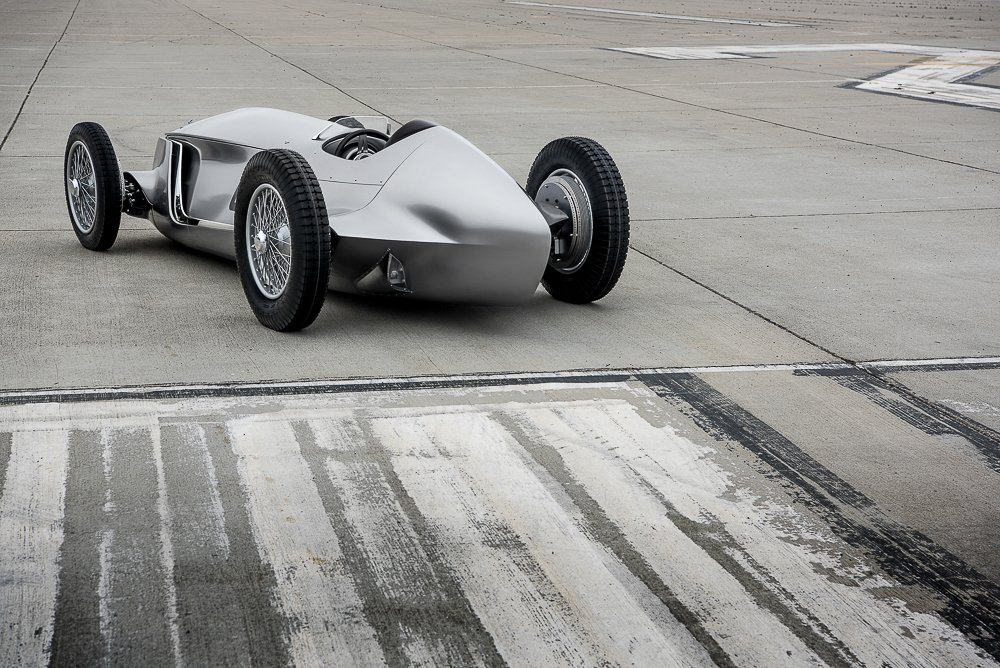 Infiniti is less than 30 years old, but inspiration for Prototype 9 actually came from Japanese manufacturer Prince Motor Company, considered by the company to be Japan’s first premium carmaker. The brand formerly known as Fuji Precision Industries would become part of Nissan in 1966.

Popular as it undoubtedly would be, ‘Historic Infiniti Grand Prix Racing’ is implausible, expensive and, let’s be honest, a pipe-dream, one certainly beyond my technically limited mind. Could it happen? Absolutely. WILL it happen? Almost certainly not, unless any Infiniti big-wigs reading this fancy taking a colossal punt. Still, with rose-tinted spectacles fixed tight enough across the bridge of my nose, it remains an intriguing prospect, one that will keep my attention fixed on the news leading up to Pebble Beach Concours d’Elegance 2021. So, anyway, Prototype 9 racing, eh…

If you enjoyed this Prototype 9 article, you can check out more Infiniti stories HERE