What if…Nissan moved away from electric car production 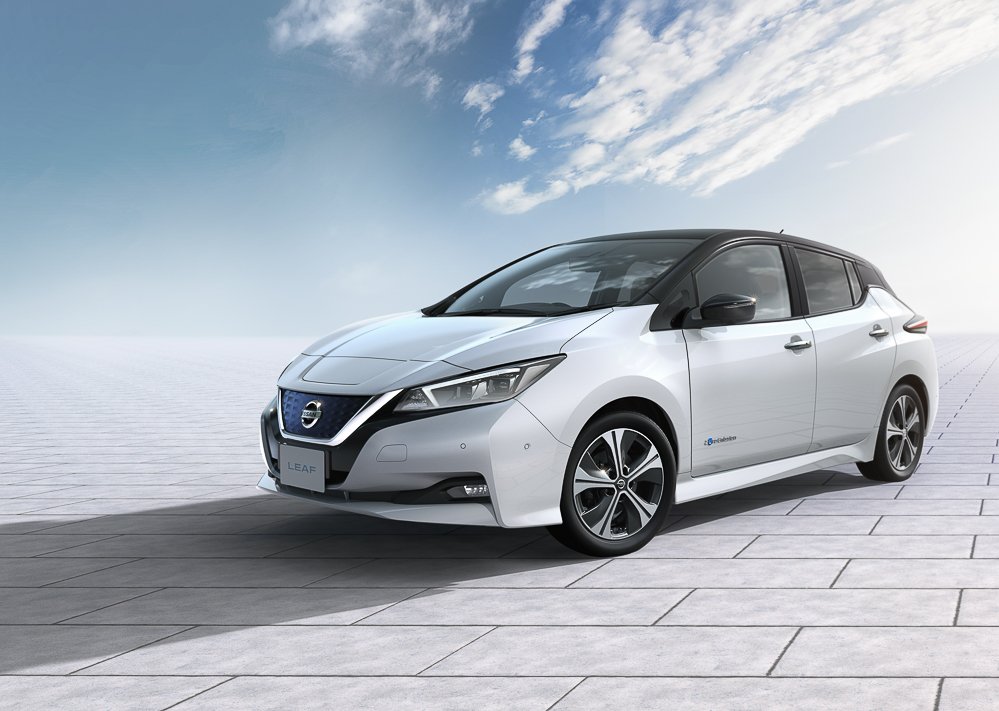 The new Nissan Leaf is making a name for itself. But where does it fit into Nissan’s long-term plan?

Now, given Nissan’s continued push of both hybrid and electric powertrains, the company’s attendance should come as no surprise. The company has already been confirmed as a major sponsor of Dubai Expo 2020, an event sure to heavily feature self-driving shuttles and electric cars. Also, yes, Toyota’s Prius may be the king of hybrids, but the highest selling electric car on the planet today is the Nissan Leaf (sorry, Nissan LEAF). The company’s commitment to electrification then is beyond doubt.

“Toyota’s Prius is king of the hybrids, but the highest selling electric car on the planet today is the Nissan Leaf.”

ADSW though is just part of an increasingly-complex business model, and you need only look at Nissan’s recent push of its new Intelligent Mobility software, plus its focus on autonomous driving – hence the new XMotion SUV that was unveiled at the Detroit Motor Show – for proof of that.

And that’s got me wondering: is Nissan about to shift its business model? Might the company already committed to electric cars have a few more aces up its green sleeves? And if so, what impact might this have on its customers? 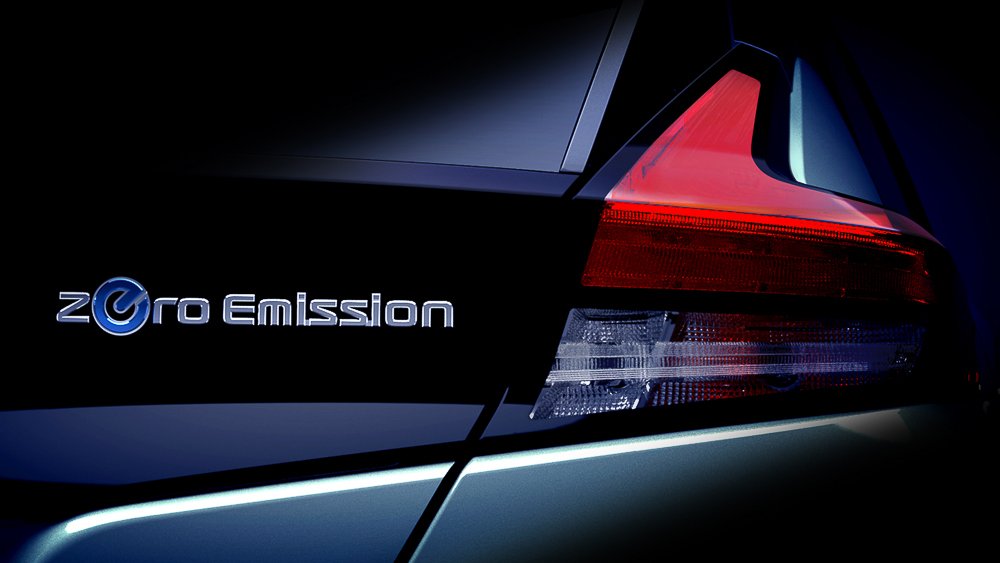 Compared with its rivals from Chevrolet and Tesla, the Nissan Leaf boasts an electric range of only 240km. Not exactly headline grabbing…

Let’s start with said electric car program. Today, the Nissan Leaf holds the lead on electric cars shipped worldwide, with over 300,000 units distributed since the hatchback’s release in 2011 (so says Forbes, anyway). That’s a significant number and a solid start, albeit one that Nissan cannot rely on long term.

“is Nissan about to shift its business model? Might the company already committed to electric cars have a few more aces up its green sleeves?”

Upcoming rivals like Tesla’s Model 3 and the Chevrolet Bolt for instance – both with 380km of electric range – are poised to take a big chunk of Nissan’s leading market share. Consider also that the new second generation Leaf boasts only 240km of range, much shorter than its direct rivals – well, when Tesla finally starts delivering on its boatload of reservations, anyway – and all for around the same $30,000 ball park retail figure. Such a situation could easily create a scramble at Nissan if the limited manufacturing capabilities of both Chevrolet (production plan up to 30,000 per year, for now) and Tesla don’t drive enough business Japan’s way.

Which leads us to, potentially, the next stage: a life beyond electric cars for Nissan. 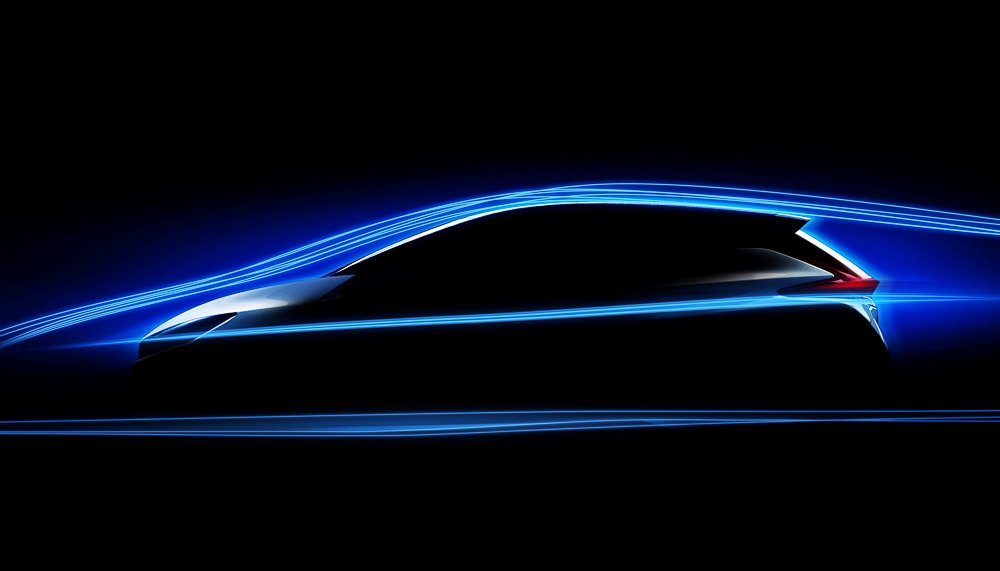 Does this design look familiar? It might be because the IDS Concept car on which the Nissan Leaf is based first appeared at the 2015 Tokyo Auto Show.

Just last week for instance, Nissan announced a new line of products to harness the power of solar energy via solar panels and storage batteries. There is not much information about it yet, but there are similarities to be drawn with Tesla*, a ‘non-car company’ (get caught up on that theory with THIS STORY posted HERE) exploring other avenues. Given the complexities and potential pitfalls of the electric car market, might Nissan – a bone-a-fide car company – about to take a similar approach?

We ventured not long ago for example that Nissan is be capable of interacting its customers directly with its products with ‘Brain-to-Vehicle’ technology. Of course, after that, there’s the prospect of what will happen when self-driving vehicles revolutionise the car ownership model as we know it. More than likely, when the autonomous car industry goes mainstream, only a reduced percentage of the population will be required to own one, meaning the immense industrial complex that is today’s automotive business is poised for a sharp adjustment. Yep, I’m going a little Philip K. Dick with this one, but bear with me…

“it makes sense for Nissan’s astute thinkers to be considering what the future holds alongside – or even aside from – car production.”

Currently, the average car owner drives his vehicle less than 10% of the day, and with a self-driving vehicle, any percentage point we gain by ‘hailing’ instead of buying immediately translates into nearly 600,000 less cars produced per year. Or, to put that another way, the production of an entire facility and all the associated industries that feed it. Which makes you wonder what these facilities go on to produce next. E-cigarettes, maybe? 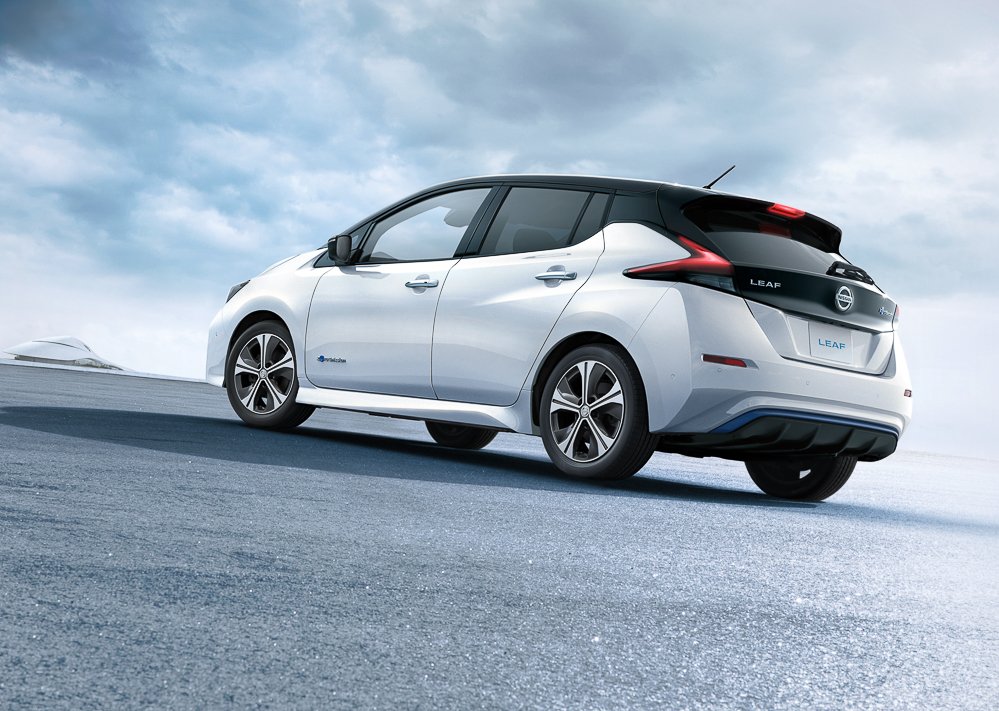 Ever wondered why the word ‘LEAF’ is spelt in capital letters on billboards? It’s actually because ‘Leaf’ stands for ‘Leading Environmentally friendly Affordable Family vehicle’. Catchy.

Logically then, and bearing all that in mind, it makes sense for Nissan’s astute thinkers to be considering what the future holds alongside – or even aside from – car production. With Nissan Solar, is the company taking a step in the energy vertical, one that may allow the distribution and democratisation of car charging? Think about it: green light such a venture, and not only could every cottage industry power its own vehicle, but it could even sell the production to random clients. Integrate a Mobile App, and Nissan becomes the operator of the largest privately owned and financed car charger network in the world.

This particular author even wonders if, at some point, Nissan could – now free of the pursuit of electric car production – could slowly evolve into some sort of energy broker. Some kind of a utility that has synchronised charging station availability, guarantees revenue to the private owner, and guarantees energy supply to the traveller, the transport operator or the end user. I wonder…

*For more information on Tesla’s energy programs, check out their main website HERE

If you enjoyed this electric car article, you can check out more Nissan stories HERE