We’re going to take a temporary step back from new tech and innovation for a second to talk about the ‘new’ Jaguar D-Types that will be produced this year. 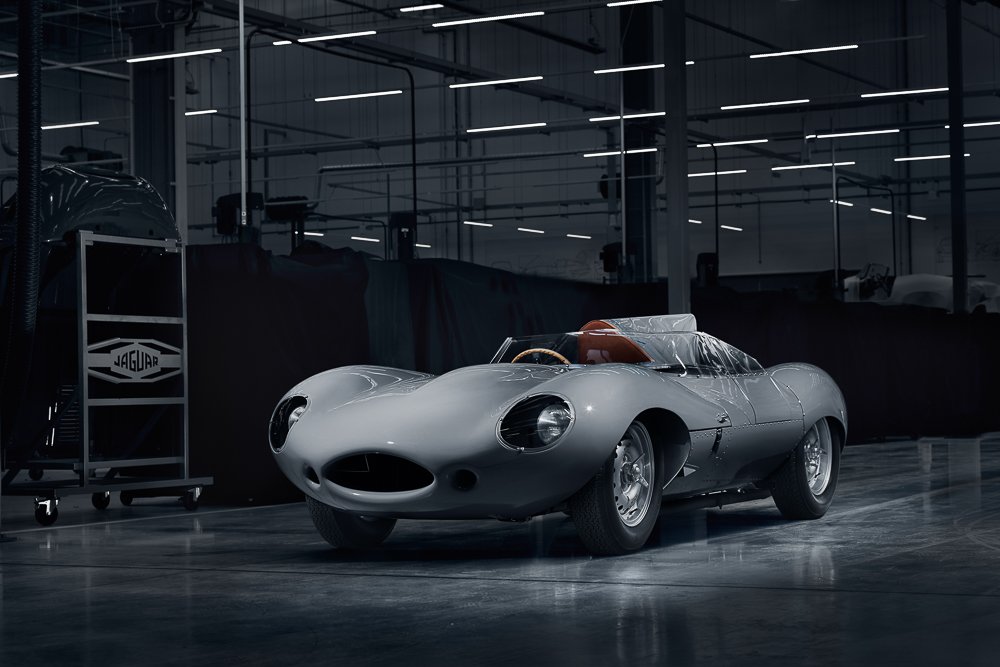 Back in 1955, Jaguar aimed to produce 100 road-going examples of the D-Type, the epochal sportscar that secured the British manufacturer three consecutive wins at Le Mans between 1955 and 1957. Ultimately only 75 models were completed, and after a 62-year wait, the Jaguar Land Rover Classic team has confirmed the final 25 examples will be hand-built in its facility in Warwickshire, UK.

Aside from choosing between the original 1955-spec Shortnose body or the 1956-spec Longnose, customers will have limited options to choose from. Each of the 25 ‘continuation’ D-Types will be powered by a 3.4-litre straight-six as they were in period. Each will produce 245bhp and 328Nm (242lb ft) of torque.

“after a 62-year wait, the Jaguar Land Rover Classic team has confirmed the final 25 examples will be hand-built.”

So far the only complete example is the ‘Longnose’ engineering prototype, which features the D-Type’s legendary sleek bodywork, extended clamshell bonnet, and tailfin behind the driver’s head. Each production model will be hand-built with similar tools and techniques used by Jaguar during the 1950s. That’s a dedicated 7000 hours, per car!

Following in the successful footsteps of the C-Type – which won Le Mans in 1953 thanks to their innovative disc brake technology allowing Jaguar cars to decelerate faster than their rivals – the D-Type showcased the first serious use of monocoque construction in motorsport on its Le Mans debut in 1954, a race Jaguar could well have won had bad weather and faulty experimental fuel filters not intervened.

Jaguar had made its mark in 1954 though: thanks in part to the uber-aerodynamic Malcolm Sawyer-designed bodywork, the D-Type beat the lap record at La Sarthe during pre-event practice by five whole seconds, and achieved a top speed of 273.5kph (170mph). One year later, a Jaguar car had taken its third victory in five years at La Sarthe. In 1956, the privateer Ecurie Ecosse team kept the D-Type’s Le Mans winning streak going, and in 1957, the Jaguar D-Type took five of the top six positions, including a 1-2-3-4 ten laps ahead the Ferrari 315 S. Cue another record speed down the Mulsanne Straight too (287.7kph / 178.8mph).

If you enjoyed this article on the ‘continuation’ Jaguar D-Types, you can check out more Motoring stories HERE