What if…you’re not a car fan, but should be

I’ve never really been much of a car fan, and even when Impetus Novus threw me into the same social circle as my motoring-minded workmates, I still couldn’t quite get on-board (The Editor’s thoughts on the Lotus ’72 alone could drop a charging rhinoceros). But a potentially ill-fated attempt to ‘see their point of view’ recently got me reading – and thinking – about both the car industry and it’s developing technology. Was I missing something? 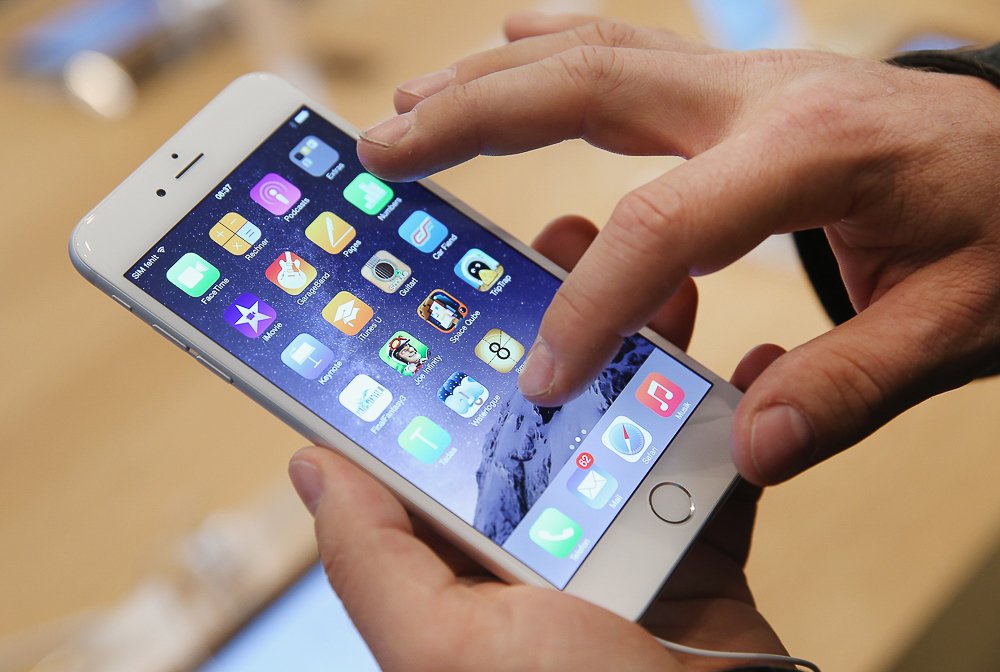 No longer just a means of communication, the ‘smartphone’ demonstrates strides in both development and marketing that have changed the world as we know it. Might the ‘smartcar’ be about to do the same?

Consider this. In the developed world, the smartphone is the device we interact with most on a daily basis, and since its humble beginnings, the ‘mobile phone’ has become much more than just a handy means of communication. It’s a calendar, a personal diary, a notepad, an alarm clock, a music database, a video and photo camera, and the easiest gateway we’ve ever had to the worldwide web among many, MANY other uses. As a resultant, this evolution has led to a ‘smartphone’ rename, brand new and oversized marketing campaigns by competing manufacturers, media and public ‘hype’, and, perhaps most significant, a new war on sizes: where just five years ago the onus was on downsizing products, the newly iPhone actually prides itself on having one of the highest quality – read ‘ biggest’ – touchscreens we’ve seen yet.

But what about the other device we interact with on a daily basis? One that is much more complex and has far more benefits than our selfie-machines? Cars after all have not gone through re-marketing. The term ‘smartcar’ hasn’t exactly caught on, and not just because Swatch and Mercedes-Benz registered the name more than 20 years ago. Could it be that, unlike the smartphone social transformation, people just don’t care enough about cars for this to become a reality? Or, more likely, is it that the full potential of such technology hasn’t been realised yet?

“The term ‘smartcar’ hasn’t exactly caught on, and not just because Swatch and Mercedes-Benz registered the name more than 20 years ago.”

Again, regardless of whether you’re a car fan, the technology involved in the industry is worth paying attention to, especially given how much genuinely brilliant insight there is both above and below the chassis.

Interacting with a tablet-sized touchscreen in the cabin for instance to change radio stations or use the SatNav has fast become the norm. There is no perplexity when (not even ‘if’) our favourite playlist on our phone has automatically been synced with the car’s infotainment system thanks to the majesty of Bluetooth. The very act of ‘talking’ to the on-board computer in our car is a feature now expected with most luxury and premium vehicles, yet is a function my grandparents would have thought completely nuts!

And that’s not even considering the driver-assist technology we’ve come dangerously close to taking for granted. Consider Land Departure Warning, which sends a buzz through the steering wheel when we’re about to veer out of lane, or Adaptive Cruise Control, which automatically decelerates when the on-board computer feels you’re too close to the vehicle in front. Blind Sport Detection in the side mirrors? Wait, what?

“The act of ‘talking’ to the
on-board computer in our car is now expected with most luxury vehicles, yet is a function my grandparents would have thought completely nuts.”

Much like the smartphone then, the ‘car’, as an entity, has developed to levels most of us could only dream of a few decades ago. And this is just a technology designed to help our daily commute to work, where distractions, admittedly, are high and almost constant. The possibilities of collaborating with such technology throughout the day are truly mind-boggling. It’s something even non-car fans could relate to. 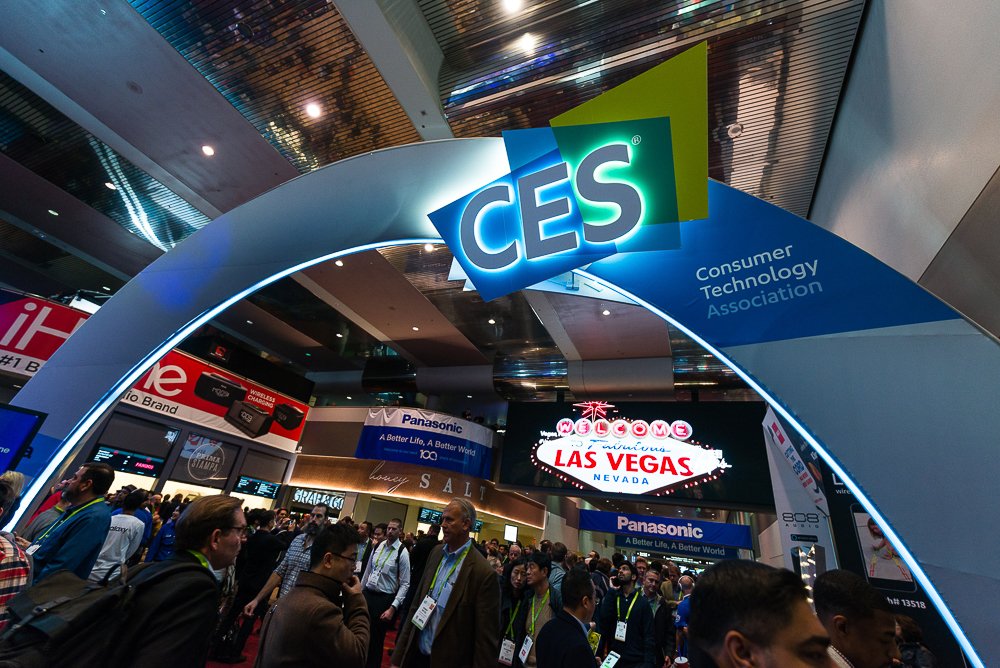 The Consumer Electronics Show (CES) is the world’s gathering place for all those who thrive on the business of consumer technologies. Like, well, us…

The recent 2018 Consumer and Electronic Show (CES) touched heavily on this potential, an event that, despite the occasional power cut, truly provides a look into the future. Autonomous driving is just around the corner – give it five years before it’s fiscally workable – as is full-scale global connectivity, the mini Wi-Fi networks in luxury cars being just the start of a larger global process. And that’s not even scratching the surface of biometric recognition which Someone wrote about recently…

There are still obstacles to overcome, of course. Fully-autonomous cars need sensors, for instance – proximity cameras, among others – data collection and stable wireless connection, and who’s to say just how big a role artificial intelligence will truly hold in the near future when all the kinks are worked out. But given the possibilities available, it’s possible – if not probable – that safety on the roads could improve multi-fold, paving the way for vast improvements in traffic prediction: can you just imagine existing cameras combining with vehicle cameras and the AI monitoring them to learn behaviours and recognise patterns?

“The possibilities of collaborating with such technology throughout the day are truly mind-boggling, and is something even non-car fans could relate to.”

All of a sudden the opportunity arises for police to work closer with local and national traffic authorities to isolate heat spots and reduce potential accident sites even more. Insurance companies suddenly have the opportunity to flag dangerous driving or poor behavior behind the wheel, meaning a reduction in annual premiums across the board (barring the unlucky few). With better regulated driving standards improving, local government can begin reducing the costs of public transportation with a true shared-economy, fully opening doors previously left ajar for projects like ‘Paris Taxi’ and other communally shared vehicles in traffic-dense areas. It’s a mechanical butterfly effect that truly could stem from the motoring world. 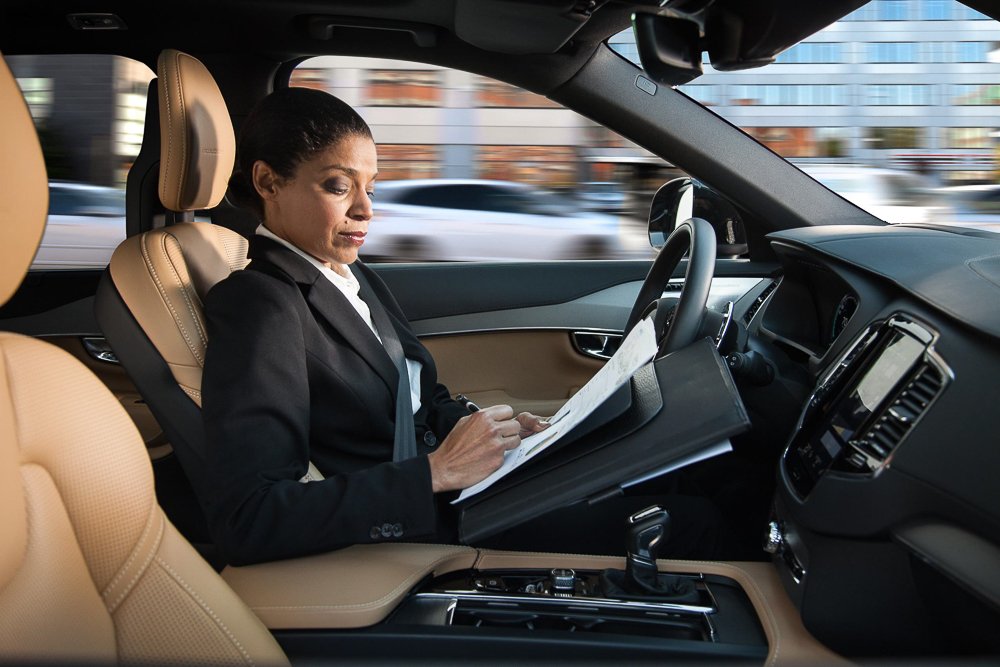 Fully autonomous driving may take time to perfect (and regulate), but our man believes the benefits outside the motoring world will be worth the wait.

Take that a step further and you could even argue about the mental benefits such a developed technology would offer: a modern car truly can free its driver from just about any multi-tasking activity, leaving them free to enjoy the ride, reduce stress, and make ‘the daily 9/5’ a much safer and less-taxing engagement, both mentally and physically.

Like I say, I’m not a car guy, but scratch beneath the bodywork and there’s a wealth of technology that, given the right application, truly can change the world as we know it, on and off the road. Weirdly, we can thank the smartphone in-part for that too.

If you enjoyed this smartcar / car article, you can check out more Tech stories HERE