Cullinan. Rolls-Royce’s first ever SUV is a ‘High Bodied Vehicle’…

‘High-bodied vehicle’. Take a fine-tooth comb to the official marketing material, and still you will not find a single mention of an ‘SUV’, and absolutely no hint whatsoever of anything as ungainly as a ‘Sport utility Vehicle’ (such offenses are punishable by deportation by Britain’s most luxuriant carmaker). 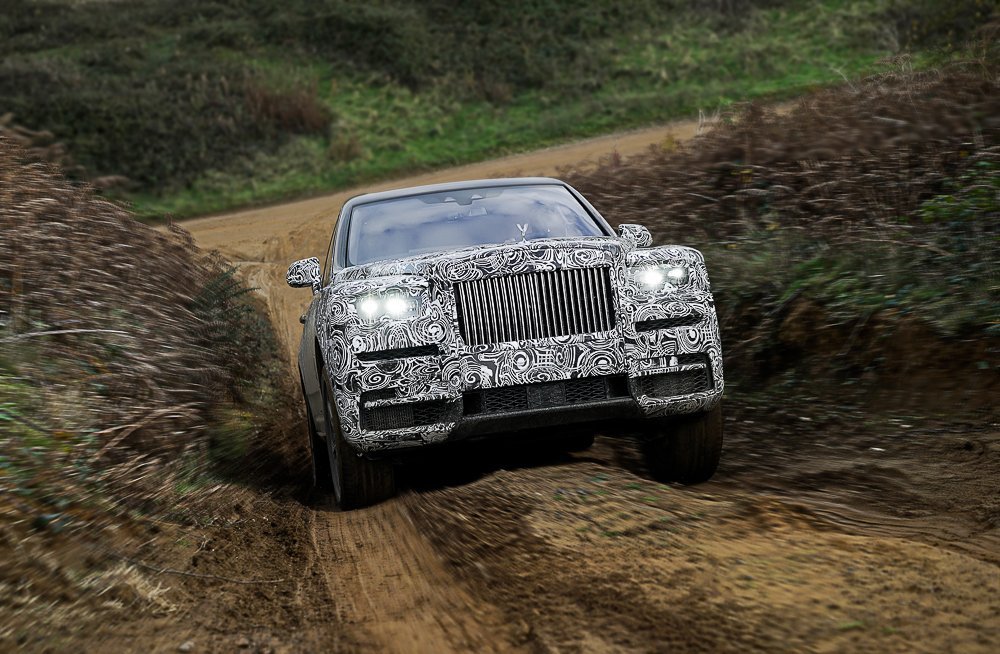 Development of the Cullinan has taken Rolls-Royce’s first ultra-luxury SUV from hot weather testing in Africa and the Middle East to the icy climes of the Arctic Circle.

It’s not the first time Rolls-Royce has shied away from ‘sport’ references of course, as the “alter-ego for a new breed of customer” – read ‘performance-focused’ – Black Badge Wraith and Ghost will attest. And, yes, labelling what will almost certainly be the most luxurious (deep sigh) ‘high-bodied vehicle’ the motoring world has ever seen as an ‘SUV’ inevitably bundles the new Cullinan into an industry already bursting at the seams with myriad entries from every mainstream and premium manufacturer on the planet. Even the newly established ‘luxury SUV’ name inevitably draws parallels with Porsche’s Cayenne, Maserati’s Levante and, in particular, Bentley’s Bentayga, a similarly refined yet less expensive rival Rolls-Royce would rather you not pay attention to.

“Take a fine-tooth comb to the official marketing material, and still you will not find a single mention of an ‘SUV’.”

Granted, Rolls-Royce is not the only affluent carmaker to play the ‘not-an-SUV’ card. Lamborghini’s new Urus for instance has been aggressively marketed as a ‘super sports utility vehicle’, justified given the balls-to-the-wall styling, 650hp 4-litre twin-turbo V8 and 305kph top speed. Let’s also not forget that the Scuderia is also bigging up the debut of Maranello’s first ever ‘Ferrari Utility Vehicle’. Yes, really. 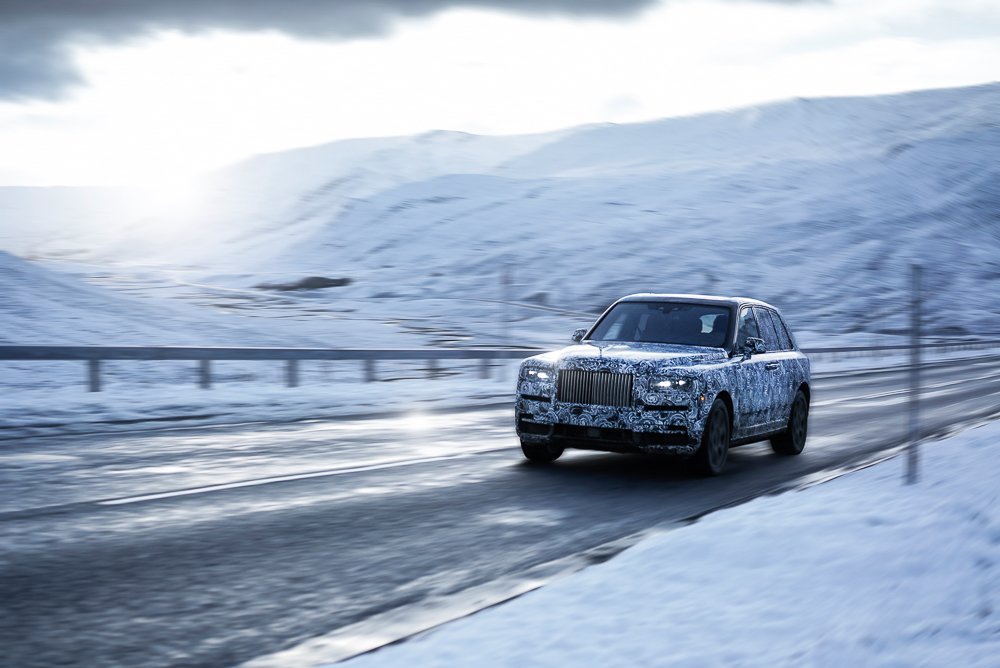 “Cullinan is a motor car of such clarity of purpose, such flawless quality and preciousness, and such presence that it recalibrates the scale and possibility of true luxury. Just like the Cullinan Diamond.” Torsten Müller-Ötvös, Chief Executive Officer of Rolls-Royce

Ironically though, and despite the precedence, rather than highlighting its “mould-breaking” new model, the High-Bodied Vehicle moniker seems to have eroded some of the Cullinan’s well-deserved shine: far from “redefin[ing] luxury travel”, a High-Bodied Vehicle reads like the kind a top-heavy juggernaut you’d want to avoid driving during high winds. And that’s a shame, given the development that’s gone into, unquestionably, Rolls-Royce’s most significant model in generations.

“The Cullinan name is derived from the Cullinan Diamond, the largest and most flawless example ever discovered.”

The Cullinan name after all is derived from the Cullinan Diamond, the largest and most flawless example ever discovered*: when Rolls-Royce CEO Torsten Müller-Ötvös declares the Cullinan name to be “perfect and brilliant,” that gives you some idea just how high the luxury benchmark has been set for the company’s new SUV (shh!). 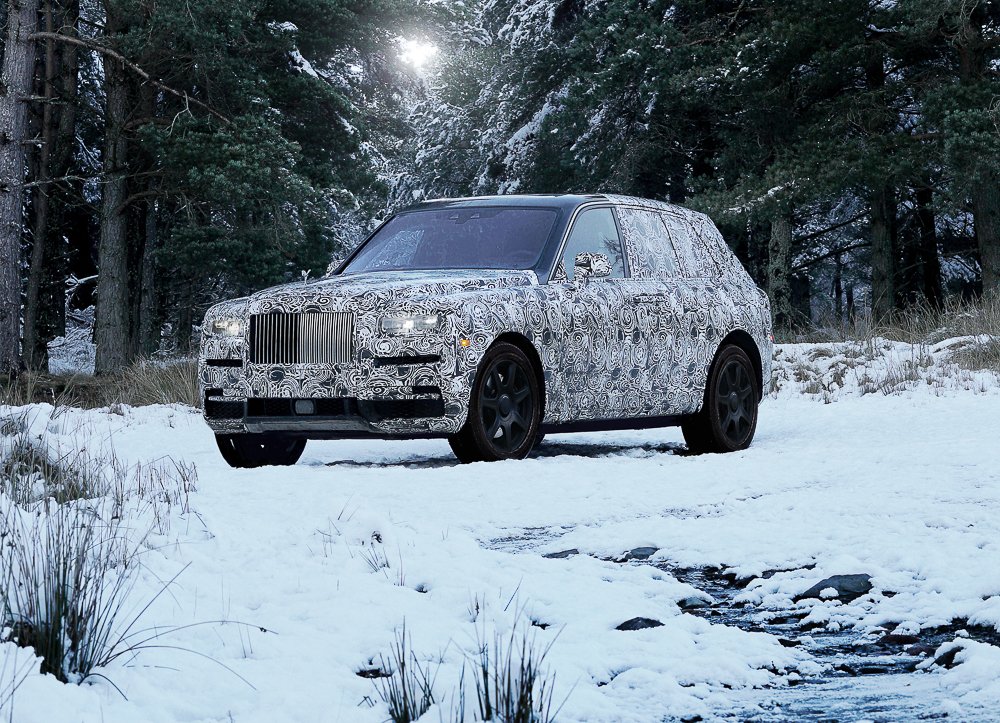 Though heavily disguised with camouflage paint, the Cullinan sports the traditional ‘Spirit of Ecstasy’ bonnet mascot, large chrome grille, flanking rectangular headlights, and large air intakes in the front bumper. Oh, and MASSIVE seven-spoke alloys, similar to those found of the Rolls-Royce Ghost

Then there’s the development to consider, Müller-Ötvös further explaining that “designers, engineers, craftspeople and artisans of the House of Rolls-Royce have shaped, tested and polished this unique motor car to eliminate any flaw [to] make it Effortless, Everywhere”, hence extensive testing programs in Africa, the Middle East, America and the Scottish highlands. The Cullinan is also the second Rolls-Royce – after the halo Phantom VIII limousine – to sit atop the company’s all-new aluminium spaceframe, an ‘Architecture of Luxury’ (urgh…).

Brand new suspension componentry has also been developed for the Cullinan, and while there’s no news yet on the Cullinan’s powertrain, it’s expected that the Phantom’s venerable 6.75-litre V12 and ZF eight-speed gearbox will transition across alongside a fully reconfigured four-wheel drive system. Enough, with a bold design and strong customer interest to make the Cullinan, despite a predictably whopping price tag, the strongest selling Rolls-Royce in years when it arrives.

“it’s expected that the Phantom’s venerable 6.75-litre V12 and ZF eight-speed gearbox will transition across.”

To any customers reading this though, try to avoid referring to it as an ‘SUV’ in the showroom. Rolls-Royce will probably have a few words to say about that…. 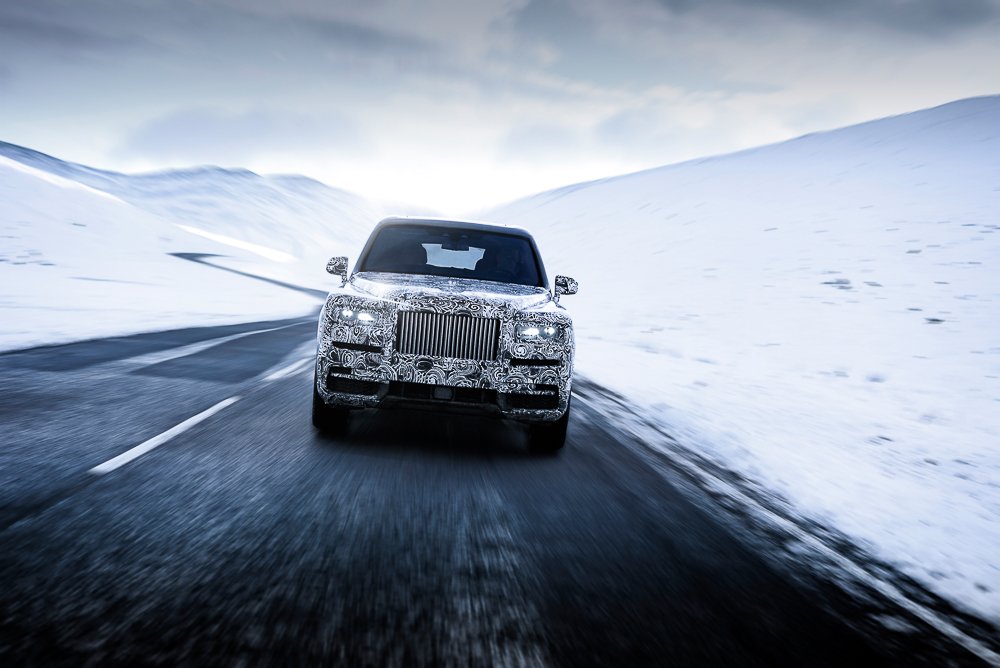 “Effortless, Everywhere”, the new Rolls-Royce Cullinan is built on a brand new aluminium spaceframe that, so far, only the halo Phantom limousine has showcased.

*Extracted in South Africa in January 1905, the Cullinan Diamond weighed 3,106 carats, was purchased by the Transvaal government for $210,000 (around $17m today) and summarily presented as a gift to King Edward VII two years later. Since then the diamond has been cleaved into nine different stones, the two largest portions of which reside in the British Imperial Crown and Sovereign’s Sceptre with Cross.

If you enjoyed this Rolls-Royce Cullinan article, you can check out more Motoring stories HERE