The last Lotus 3-Eleven will also be the quickest yet

To help celebrate 70 years of business, Lotus Cars has thrown the wraps off its “quickest street-legal sports car”, the 3-Eleven 430. The unveil also marks the swansong of the British company’s fastest-ever production car.

It’s the performance figures that make particularly interesting reading. The 3-Eleven 430 is capable of 0-100kph in just 3.2 seconds and will hit a top speed of 290kph, trimming the 3.4-second 0-100kph and 280kph performance credentials of its base model. Need further context? At Lotus’ private Hethel test facility in the UK, the newboy posted a 1m 24s laptime, almost a full second quicker than the 3-Eleven achieved ahead of its 2016 launch.

“The unveil marks the swansong of Lotus’ fastest-ever production car.”

The performance potential goes even deeper though. Built atop a bonded aluminium chassis, the revised body shell features, yes, quite a lot of carbon fibre, particularly around the “sculpted part-exposed” side panels and the interior panels. Throw in ultra-lightweight forged aluminium alloys – the 430hp 3-Eleven 430 weighs just 920kg. That equates to a power-to-weight ratio of 461hp/ton, just 21hp/ton less than a Ferrari 488 GTB.

Underneath, the 3-Eleven 430 brings AP Racing brake callipers, a Torsen-type limited slip diff, Eibach adjustable front and rear anti-roll bars, and a tweaked rear diffuser to the table. On top, the design also features a straight-cut rear wing (with re-profiled end plates) that’s now mounted 50mm higher for to improve drag, and a longer front splitter with lip spoiler, all of which combines, at full speed, to produce 265kg of downforce, 44kg more than the base model. 100kg of this works at the front and the remaining 150kg at the rear to really push the bespoke, ZR19 Michelin Cup 2 tyres into the asphalt. Through the corners, the Lotus 3-Eleven 430 is said to produce a lunatic 1.5g of lateral load.

Just 20 examples of the Lotus 3-Eleven will be produced, each for a cool $140K apiece (before options and VAT), some $25K more than the regular model. Hey, nobody ever said turning 70 wouldn’t be pricey.

Wait, where have I heard that name before…? 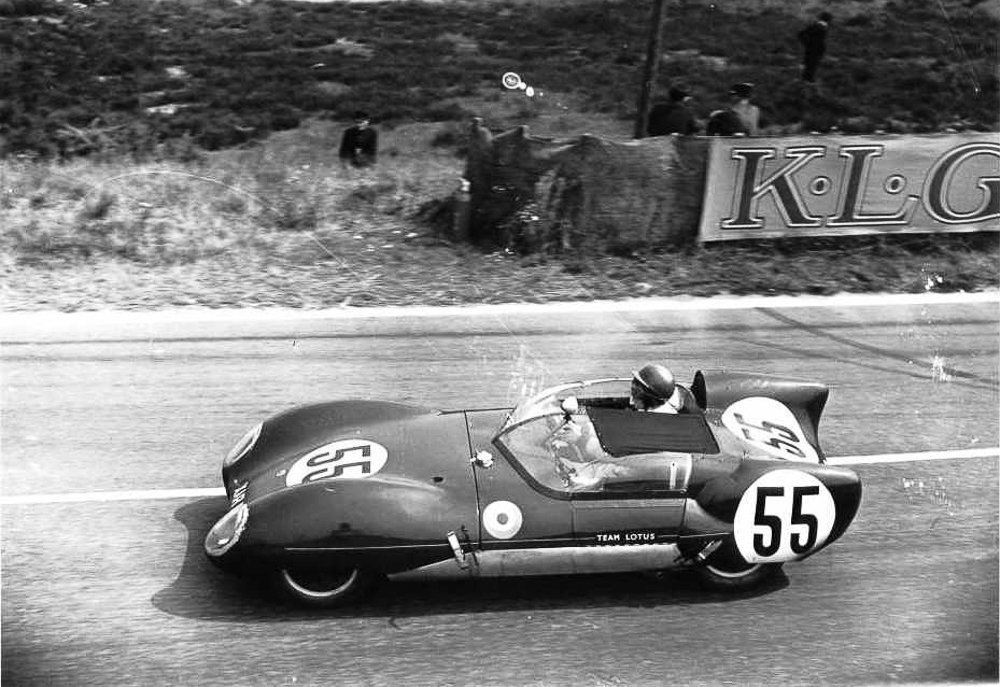 The 3-Eleven on which the 430 is based was first unveiled at the 2015 Goodwood Festival of Speed, and re-introduced a name that first debuted back in 1956. Designed by Lotus Cars patriarch Colin Chapman, the original Lotus Eleven was produced for just three years between 1956 and 1958, but in that time secured 1100cc class victories at both the 24 Hours of Le Mans (’56 and ‘57) and the 12 Hours of Sebring (‘57). Power ranged from 75hp to 100hp, depending on the Coventry Climax FWA engine being used (options included the 1098cc or the 1460cc variants), but brute power is rarely the go-to approach for Lotus. Instead, the true ingenuity lay with a ridiculously low weight – the race version tipped the scales at just under 455kg, the road-going model just a hair above 615kg – an aerodynamically slick aluminium bodywork, and its innovative space frame chassis design, the latter proving considerably stiffer than previous versions allowing for greater manoeuvrability.

Alas, like many before it, the Eleven would soon be overwhelmed by further innovative designs from the Chapman design studio, slipping into retirement after just 150 Series I and 125 Series II models had been produced. The name would remain largely dormant until 2007, when the 2-Eleven was showcased at that year’s Geneva Motor Show with a Toyota-sourced 252hp 1.8-litre supercharged four-cylinder and running gear from the Elise as part of a thorough (and modern) overhaul.

If you enjoyed this Lotus 3-Eleven 430 article, you can check out more Motoring stories HERE