FIVE things you need to know about the new Ferrari SP38

The SP38 is the latest in a long(ish) line of bespoke, customer-built Ferraris from Fiorano’s One-Off program, which already includes the 512BB-inspired SP12 EC from 2012, the F12 Berlinetta-based F12 TRS in 2014, and the 458MM Speciale of 2016. Barring Eric Clapton’s SP12 EC, the identity of the three subsequent owners remains a mystery, as does the cost involved with the Ferrari One-Off program. 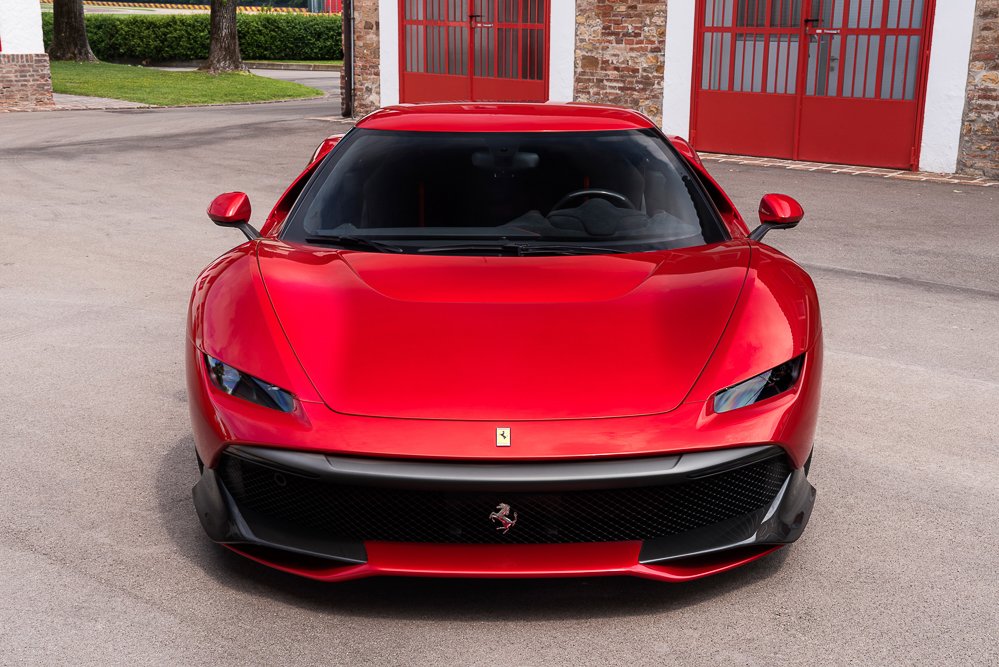 2. It’s been built using the underpinnings of the Ferrari 488 GTB

Given that the SP38 is powered by the same 3.9-litre twin-turbo V8 and seven-speed dual clutch automatic transmission as the 488 GTB, chances are power and torque will be comfortably within the ballpark of the latter’s 661bhp and 561lb ft (760Nm). Both are enough to propel the Italian supercar from 0-100kph in three seconds flat on to a 330kph top speed. This being a one-off custom build, don’t be surprised if Ferrari one-up their production workhorse for further client privilege. 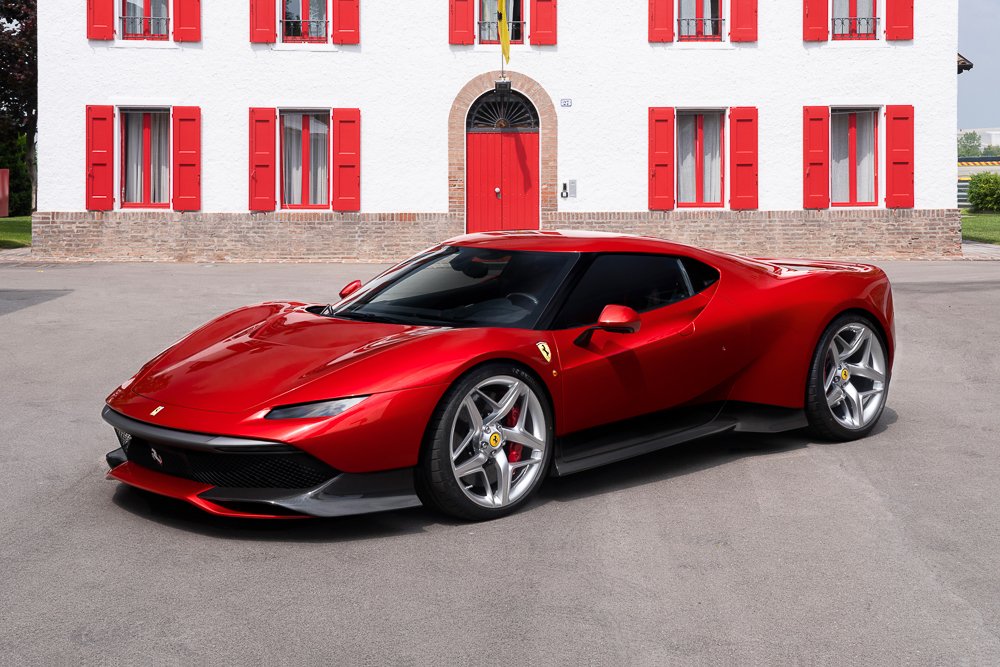 Granted the aesthetics of the new SP38 are both distinctive and gorgeous, but pay close attention to that low-mounted fixed rear wing and the louvred engine cover. Both pay homage to the 478bhp, 2.9-litre twin-turbo V8 powered Ferrari F40, arguably the most epochal supercar of the 1980s and easily the most famous to ever boast the prancing horse. Look beneath the rear wing and you’ll also find four F4-esque roundel taillights, but Ferrari has split with tradition when it comes to the exhaust pipes, speccing the SP38 with twin exhausts a la the 488 GTB rather than the triple setup found on the F40. 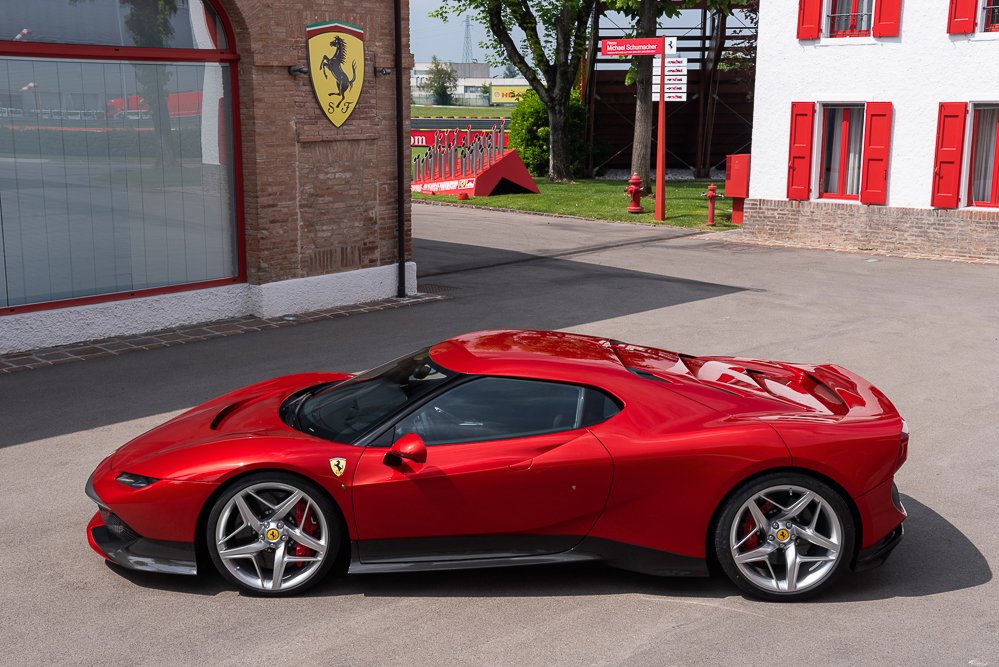 Moving round to the front, and as is fast becoming custom with Ferrari’s One-Off program, SP38 has a wraparound windscreen to further differentiate the styling from Maranello’s production line-up. Below that are razor sharp headlights mounted into the slightly more bulging front arches, five-spoke alloy wheels, and an aggressively carved front bumper reminiscent of, yep, the Pininfarina-styled, mid-engined 308 GTB. 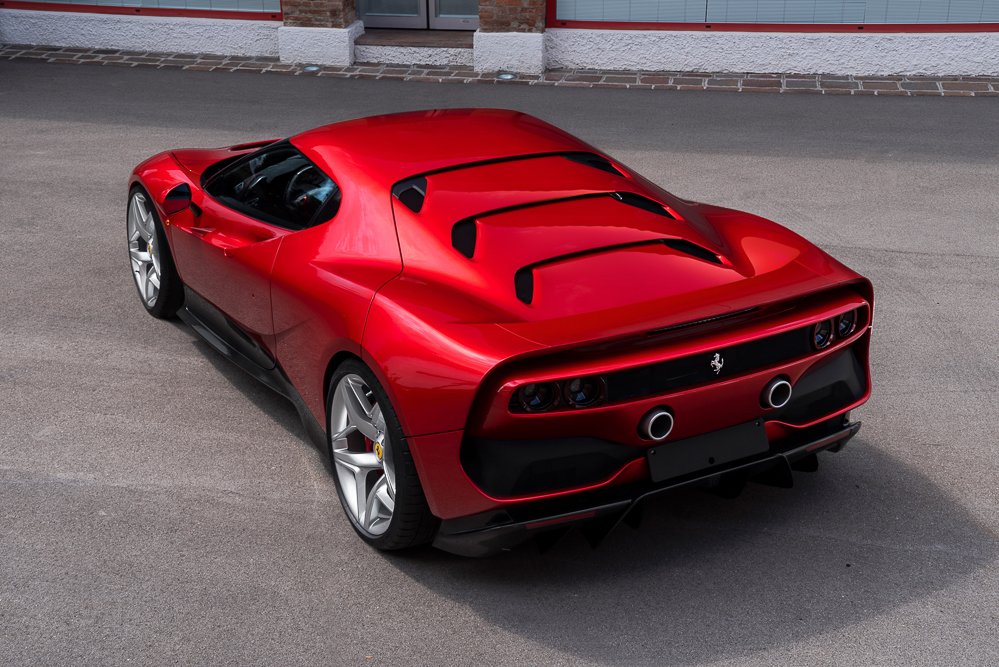 The Concorso d’Eleganza Villa d’Este has had the kind of stop-start, cancelled-reborn relationship with its overseers that even the likes of Family Guy and Futurama would think is a bit much. Indeed, despite the first running of the then- Coppa d’Oro Villa d’Este (‘Cup of Gold’) taking place in 1929, post-war finances and a declining coach building industry meant that after 1951, the Concorso laid dormant until 1986, and even that was a one-off.

Despite three further shows in ’95, ’96 and ’97, it wasn’t until the BMW Group took sole patronage of the event in 1999 that stability finally returned to the Concorso d’Eleganza Villa d’Este after more than four decades of turmoil. Having once again become a beacon for pristine classics dating from the 1920s to the early 1980s, in 2002 an award for the most innovative Concept Cars & Prototypes was introduced and had since became an annual plaudit. Expect the Ferrari SP38, which will give media and Maranello fans their first look at the “full tailor made cabin trim”, to be a hot contender.

If you enjoyed this Ferrari SP38 news piece, you can check out more Motoring stories HERE