Blockchain, in a nutshell

I read recently that, apparently, engineers are showing a higher rate of success as CEO’s than MBA graduates. As someone who went the engineering path, I can only rejoice in the success of others. These others, of course, have the slightest of a semblance to what once I might have been, had I possessed the determination, work ethic, opportunity and, most of all, talent.

Fight they did in being referred as engineers rather than IT guys. But after so many inspiring inventions and developments, I think we can agree that they are. They made Google, Facebook, Apple, Microsoft and the USB drive. Also the drone, the iPhone and the VR goggles. And with Elon Musk trying to go to Mars, making electric lorries and tunneling the planet, it’s clear that engineers are not only in fashion, but they are sexy.

And with that, it is MBA guys that now lie one rung down on the mating rank, and that hurts. They were never sexy, never innovative, but they had money, and that always had a certain allure. Plus, of course, they could buy the cool things engineers made.

Which brings us to blockchain. The newest sexy term in the tech field. And what is it? You may ask. Well, I will tell you. It’s nothing more than an accounting ledger. That’s it. It’s a loooong list of accounts, and inside those accounts there is a tiny bit of data. Apply it to Bitcoin, and the list is nothing more than a tracking of which account has how much and transferred whatever much to some other account. That’s it, really.

Of course, banks have that, and you would have to trust a bank not to make a mistake with your account. Which, of course, and save for a few major global meltdowns, they never would. Nobody remembers Goldman, Argentina, Nigeria, India or Greece, where the banks had used so much of their customers’ money to gamble on financial schemes they had to limit how much money these customers could get back. And THAT was the best case scenario. Other scenarios included the runaway, the country bankruptcy, the bail-out and the devaluation of the currency.

Logistics companies also have centralized foolproof asset accounting and tracking. They are so perfect that, obviously, nobody has ever lost a package, luggage, post or… a vote?

How about the warranty for your toaster? If anything happens, you better be the dutiful librarian that has a color-coded filing system that will locate that receipt. No matter that the product was launched 3 months ago into the market and that you just purchased it last week. Without that paper trail, how’s anyone to know when you purchased the thing? Yes, trust in established systems is a funny thing. We tend to, but we should really put a statistical value for that trust. 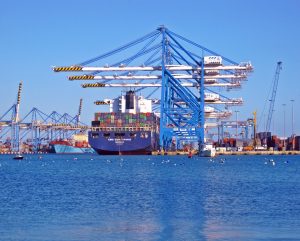 What blockchain does is decentralize the control, so that the list of accounts and contents are copied into many computers, and validated by all. Thus, you don’t have to trust an entity, but that those computers holding the list are not going to be shut down. And that is equivalent to trusting that the internet is going to disappear. Pretty impossible, right?

With money, or Bitcoin, Ethereum, Monero or any of the hundreds of cryptocurrencies, it is quite easy to understand. You have one or various accounts, and those accounts have numbers. Numbers that only you know, and that only you can access. Anyone can see what’s there, but they won’t know who it belongs to. And nobody but you can take it out because of the permissions of the network.

However, this can be easily applied to so many other things. Medical records, for example. You can have a blockchain of only medical records, in complete confidentiality as you are the master of your own security. Your data is there, yes, but nobody can know it’s yours. Same applies to logistics and asset management, stock trades, gym training progress or… whatever.

Unfortunately, it is a pity that the MBA’s and Accountants, with something so avant-garde, woke, cutting-edge and useful as blockchain, failed to realize that their eagerness for control was the very thing that made an engineer take them out of the process, rebrand it, make it sexy, and leave the bean counter where it was, managing large numbers in an Excel file.

I did not invent blockchain, I barely scratch the surface and I do love it. And as someone that followed the path of engineering, I can only marvel what I could have done, had I had the opportunity, the perseverance and, most of all, the talent to come up with something like this.

At least, I went for engineering and not for the blood-sucking banking and accounting industry. I am not talented nor an inventor, but at least I am not rich. I guess I am that lucky.